On July 28, 2020 Our organization the 65th Infantry Regiment MA continues to Honor and give Recognition to Korean War veteran Borinqueneer CPL Leopoldo Badillo-Gonzalez

Here we presented him with the Borinqueneers Congressional Gold Medal, due to his health and just being released from the hospital we weren't able to officially present the medal and he also received his Ambassador for Peace Medal

CPL Leopoldo Badillo-Gonzalez was inducted in Jan 1952 from Isabela, Puerto Rico was in the U.S. Army and trained at Fort Buchanan, PR

He participated in 2 Campaigns in a Korea

his other decorations are as follows;

Special thanks to his daughter Maritza Badillo Who provided the information for her father.

If your a 65th Infantry Regiment veteran or family member, or a Korean War veteran and have not received this prestigious medal, Please contact us at 65thIRMA@gmail.com 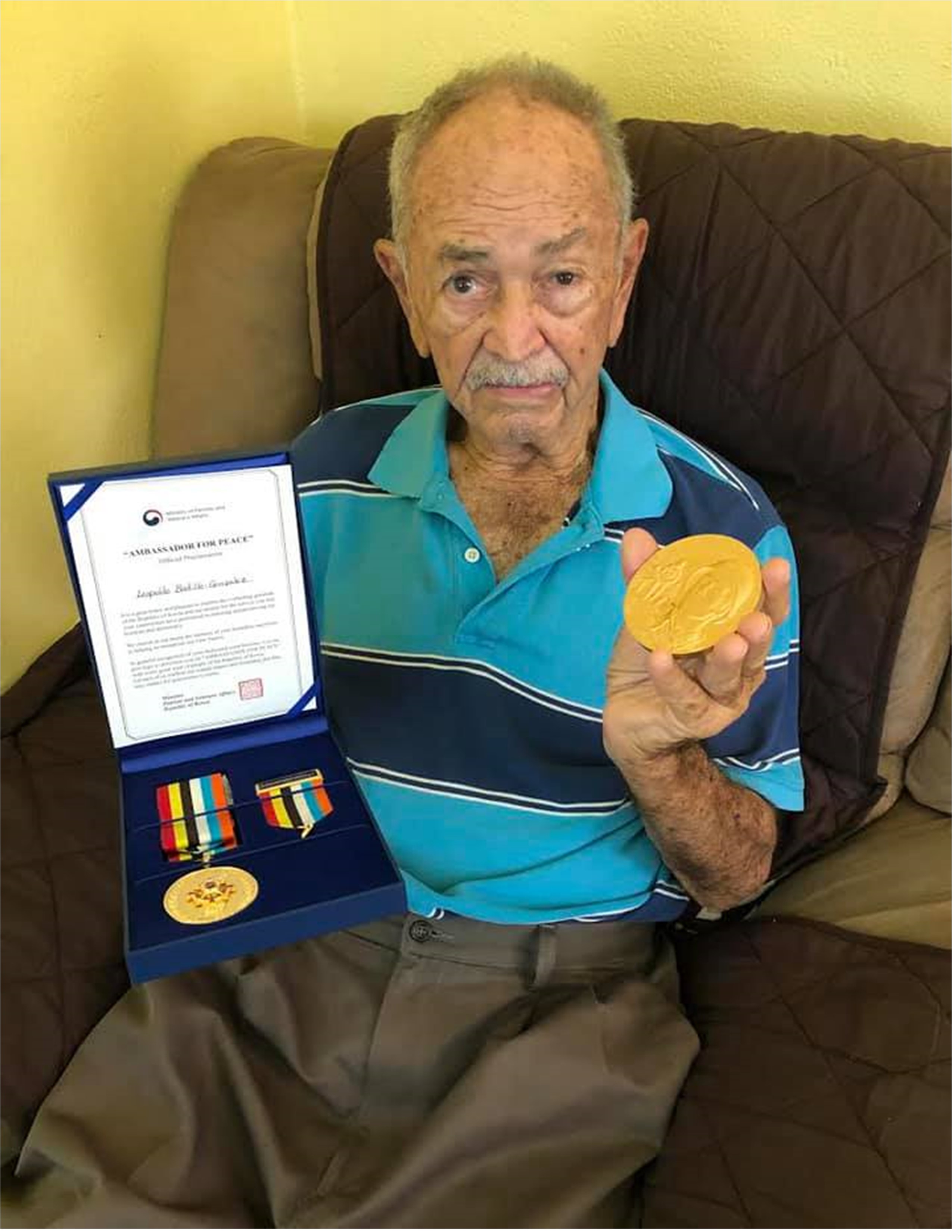